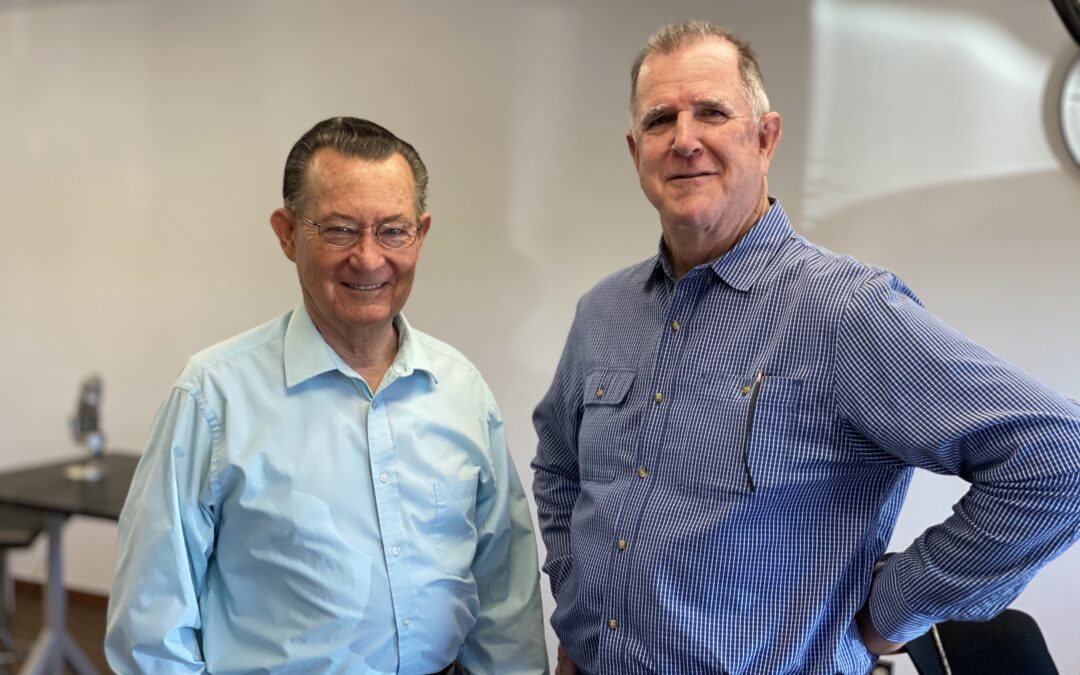 It all began with the Junior Women’s Club. As a young boy in the 50s, Cline remembers the Woman’s Club being the original philanthropic group within the town of Payson, having been founded in the 1920s. The Junior Women’s Club, it’s offshoot branch, consisted of “younger mothers,” one of whom was Cline’s mother, Patti.

“They saw the need, as strong women sometimes do, they simply created the Payson hospital, they created the funding mechanism for it, to be able to fund a hospital clinic and bring professional medical folks to town.” Cline says.

Cline understood, perhaps better than most, the importance of such a service to the town of Payson, as he found himself in need of this vital medical care quite often in his early years. Roughly half a dozen major medical emergencies, ranging from broken bones to severed digits, landed him in the care of the early Payson healthcare system as it emerged in its young days. “About every even year from age 2 to about age 14,” He chuckles.

Kenny Evans laughs with Cline, recalling a time that Cline’s sister “defended” her brother to someone calling him a “complete idiot” by holding up his hand (now without a thumb) and retorting, “He’s not a COMPLETE idiot, he’s missing a piece.”

By the 1970’s, Payson had a clinic, and the needs for the community were growing. From a beginning as a town with just a “Y” in the road, to one with a stop sign, to eventually, stop lights. Progress was sprouting from all directions, literally. As the town’s population grew, so did the women’s desire to continue to meet the needs for healthcare.

“It can’t go without saying that there were individuals who without their help, we would never have had a hospital. Natalie (Nan) Pyle, and Lena Chilson, were a few benefactors that were very important to the process. They did the heavy lifting,” says Cline. When there was a major need for building or equipment, there were often individuals who would step up to meet those needs, but the Junior Women’s Club fundraising efforts served to fund the daily operational expenses of the hospital clinic. Funding was always a critical thing. The challenge always seemed to revolve around how to get the money to provide excellent quality of care.

After the early grassroots fundraising days, the hospital slowly evolved, as the population inched higher, and the needs of the town expanded.

Through the years, the story of the hospital has always seemed to involve financial difficulties. In the early 1970’s, when Cline’s father was a member of the hospital board of directors, his characterization to his son of the undertaking was that without continued financial transfusions from the generous benefactors of those including Natalie (Nan) Pyle, the hospital would be hard pressed to remain viable.
The early timeline of the Payson hospital:

1951- In the early days, it operated as a clinic serving Rim Country.
1962- It grew to become the Payson Regional Medical Center.
1973- The first expansion to occured.
1977- A large wing was added that almost doubled the campus size of PRMC.
1983- Additions were added.
1991- Further additions enlarged the campus.
1993-95- Major modern expansion

As much as the incremental growth over the years and decades felt substantial to the town, it wasn’t until between 1993 and 1995, that the growth of PRMC exploded in terms of size, more than tripling the available space for healthcare services. To make an expansion effort of such magnitude financially possible, they financed, borrowing some 15 million dollars. In that same window of time, Walmart came to town, as well as not one, but two grocery stores to serve the fledgeling population.

While Cline’s roots in the community span generations, his own mother having been born on Bootleg alley in the 1920s, he remains humble, describing his narrative of the history of the hospital “as a patient, outsider, and user of the healthcare services.”

“Yes, they should have had a punch-card for me,” Cline responds. “And others, of course. I know rodeo cowboys who would have been in real trouble had the Payson hospital not been here.”

Cline laments that in retrospect, the hospital is always something that was taken for granted by his generation as something that “would always be there.” Only now, as an adult, having seen the entirety of the tireless work of his mother and her contemporaries from first idea, that a hospital was essential for the community, through the decades of growth, struggle, and change, all the way to its fruition, then seeing his mother at the end of her life in the same hospital she worked so diligently to create, can he begin to give it the gravity and respect it deserves.

He says it well, “We can all count our blessings that we were preceded by some strong and independent women who had a dream of access to medical care and service for all.”