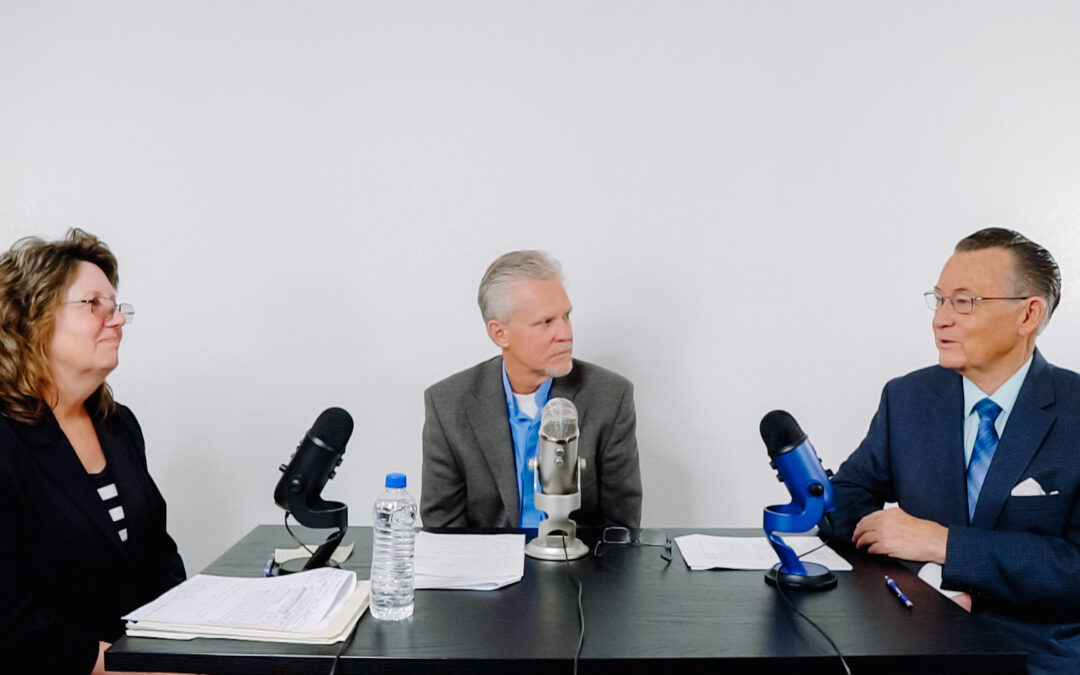 “MHA has been on the forefront of bringing reliable and redundant broadband backbone to Payson and the surrounding area” says Patti Beauchamp, a grant writer for MHA Foundation, who along with her husband and fellow grant writer, John Beauchamp, spoke with MHA Foundation President, Kenny Evans, to shed light on topics such as routes and status updates for the various broadband projects, and to share the benefits to the community through their grant efforts.

Evans, in his role with MHA Foundation has been a passionate proponent of broadband for Rim Country for more than a decade. He states, “It became apparent that for the community to grow and for businesses to be able to flourish, we were going to have to have reliable, resilient broadband… to be able to move into the 21st century.”

Evans admits that when trying to explain internet and broadband to the average citizen, it is sometimes difficult. He says, “They see the finished product. They want their television to work when they turn it on. They want their (landline) phone to work when they pick it up. They want their cell phone to work. What they don’t realize is that there are really three separate pieces to broadband.” He continues, describing the “first mile”, “second mile”, and “third mile.” Equating it to a more easily visualized example of electric power lines (second mile) needing to connect to both a plant to generate power (first mile), and smaller lines to deliver electricity to the individual homes they power (third mile). Evans explains broadband has the same concept. Broadband needs to have a generator, a transmission, and a final delivery. The backbone, he continues, is the ability to get that high-capacity product from where it is generated to the local community. Redundancy, he explains, is critical because it means that in the event of a failure, there is a backup contingency in place to prevent service interruption to the area, an issue that has happened far too many times in recent years.

Three to four years ago, work began in earnest to find a solution. They began with the current providers in the area. A consortium of end users was established and three counties worked together to try to find a solution to this widespread rural broadband deficiency. The question was the same: “What can we do to get through this hurdle?” We have broadband, yes, but it is not very reliable, there are frequent outages, and the speed available is not ideal, and certainly nowhere near the speed needed to accommodate growing needs and usage going forward. Out of desperation, MHA Foundation stepped in, offered to fund the effort, and began negotiations to find a provider to service that “middle mile” of capacity to flow into the community. Cable One (now Sparklight) entered the negotiations to try to access a line coming to Payson from the north, (I-40 via Flagstaff). Over a period of several months, negotiations continued, with MHA Foundation guaranteeing “several million dollars” to ensure that the main trunk line was built from the northeast into Star Valley (leg one).

Leg two picks up in Star Valley along Highway 260 into Payson, then extending south on Highway 87, ending just off the Tonto Apache Reservation. The route also runs north on Highway 87, then heads west to encompass the regional airport. The entire network is within proximity of all schools, libraries, major healthcare facilities as well as City and County buildings.

Leg three will connect from the Tonto Apache Reservation continuing farther to the south of Rim Country, connecting the loop. A loop guarantees redundancy, meaning, if there is a break or interruption at any point in the loop, the service will backtrack around the loop to ensure that service continues uninterrupted. This end plan is more than redundant, as there would be service from the northwest, the northeast, and to the south. For service to be interrupted in this ideal eventuality, all three of these connections would have to be severed in order to take the community offline.

Timeline status: Leg three will begin once leg two is done. Evans explains that leg three is about a ten-month build, which is relatively quick. According to Evans, leg one would have been completed and online by this point, but for a tragedy in Paradise, California, where power lines came down, causing fire, enormous damage, and sadly, loss of life. Evans anticipates that by the end of spring, they will have leg one completed to Star Valley.

The Beauchamps are integral to the leg two process, as they collaborated closely with Ken Conner, Director of Market Development, Sparklight, as they applied for and Sparklight was awarded a $1M Arizona Commerce Authority (ACA) grant. Evans expresses his gratitude by saying he is “thrilled” by the grant-writer spouses and their efforts to fund this project with their zeal, hard work, and talents.

MHA Foundation grant writers, Patti and John Beauchamp both worked for Intel Corporation, when they met. At Intel, as it would prove essential in small-town Payson life, they both wore many hats. With a solid background in corporate life, project management, and writing, they purchased property over 25 years ago in Payson, adopting it as their hometown. Always having a “commitment to the community,” John explains that grant writing is more “telling a story” than the factual statistics of his corporate technical writing background, but it is one he became comfortable with. At this point, with an invested commitment to the community, he elaborates, “Payson has a lot of compelling stories to tell.”

Adjusting to changing circumstances for the State of Arizona with applying for a grant: Patti explains, we both put on our project management hats instead of worrying about the inconceivable “The sky is falling!!” We focused on ‘what are the tasks to be done?’ ‘who is doing what?’ etc. It was about the 20-day mark when we were engaged, so we just brought our experiences and dealt with the task at hand. John adds, “You know, it is one of those projects where failure is not an option…get a fast, hard, immediate start. Work the details as you go…I knew we would have our best foot forward”.

When describing their experience working with Ken Conner, Patti states Ken was “just wonderful, as soon as we would see there would be a roadblock, he would eliminate it. He also allowed us to work with our strengths, using our project management and writing skills” She felt very positive about their relationship, and that the project has kept on track with him as their liaison.

Impact of broadband grants on Payson: Infrastructure is essential with long-term and widespread payoff. “This one will spread growth pretty quickly,” says John Beauchamp. Estimating economic annual impact of these projects stands conservatively at $8 million to Payson’s struggling economy. He continues, “as these projects are brought online, Payson will see growth. In as much as everyone utilizes basic services including retail point-of sale, everyone will see a positive impact”. Patti estimates that initially, 400 business customers in Payson, Star Valley and the Tonto Apache Reservation are expected to benefit from this second leg of service. Later, the entire population of the area is expected to benefit. In a January 2020 article on the subject in the Roundup, Governor Ducey was quoted as saying “These (ACA) grants are a crucial investment in rural Arizona. Access to fast, reliable internet will aid economic development, enhance educational opportunities, strengthen health care and improve public safety across rural Arizona — and we’re just getting started.”

“Broadband will also enable the use of new technologies such as telemedicine and will help to resolve nation-wide challenges in a shortage of doctors in rural areas. Dr. Alan Michels is spearheading a local, rural medicine training program in partnership with University of Arizona College of Medicine-Phoenix and Dr. Judith Hunt is serving as supervising faculty,” stated Patti.

“Payson is regularly visited by businesses looking for either new markets, relocation possibilities or startups—but they usually find Payson’s infrastructure lacking and broadband has been the missing link” added John.